There’s a world out there just waiting to buy whatever it is that you want to sell. Statistics released in June 2012 tell us that over a third of the world can now access the internet. That’s around 2.3 billion people – and that number will undoubtedly have risen significantly since then (in fact, it will have gone up quite a few since I started writing this blog!). Of course, in the big markets, such as Europe, North America and parts of the Far East, that proportion is considerably higher.

If you want to take advantage of this global market, you need to stay on top of how internet shoppers behave, how they make decisions, what they expect of you and what they’ll do if you succeed/fail to meet those expectations. Luckily for you, bloggers around the world are keeping tabs and reporting on the latest trends; and we’ve gathered some of the most important observations into one handy guide. In case you hadn’t noticed, internet shopping is quite the thing these days. In fact, the latest figures released by the Office of National Statistics tell us that just under 75% of all UK adults are now buying online, with 2013 e-sales expected to total somewhere around £87 billion. Last year, about 12.7% of all retail sales were made online (up from just over 10% in 2011).

In other words, the most important online consumer trend is that more and more people are doing more and more of their shopping via the internet. Of course, hand-in-hand with that is a similar increase in the number of potential entrepreneurs trying to sell to them, so if you want to take advantage you need to be smart in how you go about it.

2 The Power of Google

If you’ve got a vague idea of something you want or need, what do you do? Chances are you put your vague idea into Google and see what comes up. Of course, other search engines are available, but how often do you use them? Google is estimated to process around 70% of online searches and when the entire Google network went offline for five minutes in August 2013 (that includes other hugely successful parts of the business such as YouTube and Gmail), global internet traffic dropped a whopping 40%.

Somewhere between 35 and 40% of traffic arriving at an online store gets there via a search engine, and the vast majority of those people will have clicked on something that appeared on the first page of results. Google is making it harder and harder for businesses to become visible in their results, but do the maths and you should quickly discover that the rewards of getting it right can be immense.

3 Consumers will scourge the world for the best buys

It used to be that the competition amounted to a bloke running a similar shop in the next town. Now, you’ve got businesses all over the world actively trying to nick your target market off you. And as consumers after the best deal, we’re more than happy to listen to what they have to offer and take advantage if we like what we hear.

Obviously, delivery won’t be anything like as quick, but evidently that’s a price we’re prepared to pay because recent research discovered that 75% of UK online shoppers have bought from retailers based overseas.

If you’re not familiar with the word, you’ve probably come across the behaviour, especially if you run one of those old-fashioned bricks-and-mortar stores we all used to frequent. Basically, showroomers are those people who browse a shop, then use their mobiles or tablets to seek out more information, reviews and better prices and deals online.

While it is certainly prevalent, and undoubtedly annoying to the shop owner in question when they do go off and buy elsewhere, it appears that is not as much of a problem as you might think. In fact, research by Columbia Business School in the US, UK and Canada revealed that more than half of showroomers still buy in-store, because they need the product right away, find it more convenient than buying online or are just plain impatient.

Because of the way the internet works – and the way good digital marketing works – looking for something online can sometimes take you in all kinds of unexpected directions, and that can lead to bonuses for sellers.

Open cloud company Rackspace reports that half UK consumers using a smartphone buy on impulse more frequently – to the tune of more than £1 billion a year! 17% of Rackspace’s respondents said they spent more on impulse thanks to their mobile device, and 71% of them said it was because modern technology, and well designed apps and mobile sites, made the process so simple.

If you’re like me, you delete most marketing emails the minute you get them, but very rarely make the decision to unsubscribe. That might be down to only thinking about it after you’ve already hit the ‘delete’ button, but it’s just as often because you don’t want to risk missing out on that one email that contains an offer you actually want to take up.

You may be surprised to learn, then, that those emails are a lot more effective than you previously thought. Research conducted by Shopzilla and reported by Small Business Trends revealed that they are in fact the biggest drivers of online sales, responsible for an impressive 11% and comfortably beating out magazine ads, online content and Facebook in terms of effectiveness.

7 High levels of customer service are expected – and provided!

With a whole world to shop in, buyers can demand ever higher standards of consumer service and aren’t always prepared to give you a second chance. The good news is that, on the whole, online sellers are meeting those raised expectations better than anyone else.

Aspect Software surveyed 1000 UK consumers, 79% of whom were either satisfied or extremely satisfied with the levels of service provided, beating the 12 other groups, including utilities and telecommunications companies. But no one should be resting easy, because in the same survey, 30% also said that it would only take a single bad experience from a retailer to stop them from ever buying from them again!

8 Word of mouth – the good and the bad

When you do get it wrong with that one customer, however, it no longer means that it’s only their future custom you could lose. Hell hath no fury like a consumer wronged and now there are a thousand and one places for them to vent their spleen. Thankfully, many are equally prepared to share good experiences and we all know that good word of mouth is just about the best marketing tool we have.

Sites like Trustpilot are used by customers to check on the performance of companies they’re thinking of buying from every day, and if you have the confidence that your reviews will be predominantly positive, it’s a great way of taking advantage and earning yourself even more business.

Whether you like it or not, people are spending more and more of their time on social media and these days they’re not just there to tell their friends what they had for breakfast or to share pictures of their cat. They expect to engage with their favourite stores as well and if you can do it well you have quick and easy access to an extended network of like-minded souls.

Perhaps the most surprising aspect of social media, however, is that the highest number of sales and new customers come not from Facebook, as you might expect, but from Pinterest. Online fashion store Boticca found that after integrating pinning buttons across its website, Pinterest drove about 10% of its sales as opposed to only 7% from Facebook.

10 Consumers can be very impatient 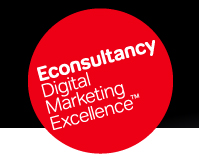 No matter how much they like and want whatever it is you’re trying to sell to them, if you make your potential customers go through hoops to buy it, there’s a very good chance they could just give up and go elsewhere. In 2011, more than £1 billion worth of online sales were abandoned in the UK. There are a number of other major factors involved – hidden charges, concerns about security and technical problems, for instance – but 26% of respondents in an Econsultancy survey said that they had abandoned an intended purchase after being forced to register beforehand.

Online customers are impatient in other ways as well and certainly aren’t going to put up with the ‘please allow 28 days for delivery’ clause you used to see in the small print underneath mail order ads in magazines of old. Delivery within a day or two seems to not only be wanted these days, but in some cases expected and even demanded.

Meeting those expectations can be a real problem, and even when sellers get their orders out the back door in time, they’re still in the hands of often unreliable courier companies to do the rest. And research shows that consumers can be very unforgiving – this survey revealed that just one incorrect delivery would lead nearly 30% of shoppers to never use a retailer again, while more than 60% said that a delivery made more than 2 days late would make them less or much less likely to use that retailer again.

The physical separation of seller and buyer seems to be a factor in reducing the normal scruples when it comes to honesty. VFM Services report that something like one in ten UK adults admit to committing a fraudulent online retail offence, rising to almost a quarter in adults under 35. Crimes include: wearing clothing for an event with the tags still attached, then returning as unworn; deliberately inflicting damage in order to get a refund; and falsely claiming non-receipt for a refund or replacement. Perhaps most worryingly of all are the numbers who don’t think they’re doing anything wrong – over 40% in the case of wearing clothes with the tags still attached.

If you’re an online retailer, what are your experiences of the modern shopper? Are there any trends you’ve noticed that we’ve not mentioned. If you’re a shopper, are sellers responding quickly enough to changing consumer patterns? What can they do more to make the experience even better?

Leave your comments below!

Rebecca Price Box Retail & E-Commerce, Selling Online No Comments »
« Cutting Business Costs – An Alternative Approach
20 Blogs That Will Help Your Ecommerce Site Grow In 2013 And Beyond »